If you expect nothing from anybody you are never disappointed.

Frankly, 95% of this post does not paint me in a pretty light. It is, however, 100% TRUE and sometimes the truth is not pretty.

Being vulnerable has never been my forte.

But I can’t be angry at anybody else.

Not in good conscience anyway.

Because I broke my own rule, it’s my own fault.

Yet, still — I don’t like being blindsided. Do you?

So, here on these spiral stairs, with a copy of The Bell Jar, I stay.

Trying not to worry too much but feel worse than I did yesterday.

Sit in silence, overthink, pout. When really, I should

Take the advice of Oasis and STOP Crying My Heart Out!!!

There isn’t much that sets me to full on BROIL.

But many an instance where I got burned touching the red hot coil.

Once or twice had to fan the flames — cough from the smoke.

Order a pizza while trying not to choke, yelling over the annoying BEEP, BEEP, BEEP!

Never needed a lot of time to preheat.

I swear, I can make water boil in sideways sleet.

Instead of the cool calm woman, I try and fail to be.

There’s TWO things I do manage. One: Respect what people feel and say.

Then, to avoid serious irrevocable damage

Two: Keep everybody an Emotional Arm’s Length away.

Those Two Parts + The Bell Jar Quote = The Plath Principle.

If you rewind back a decade, I was explaining this process and why I thought Plath’s quote was genius.

I think she was really onto something. ‘If you expect nothing from anybody you are never disappointed.’ Should’ve adopted that as a life motto…long — long ago.

I laughed uncharacteristically, like a jerk. Really wish I could apologize for that and my snarky attitude.

Is it, Doc? Why? Seriously, especially mine? Memo to you, my life has already been terribly sad and miserable, that’s why I’m here. EVERY Thursday.

Thank you, I appreciate the compliments and encouragement but can we just skip the part where you say all the things you’re supposed to say?

What do you mean? That’s the truth.

Oh, you know what I mean. No, sir, that is NOT the truth. That’s professional strategy. The use of validation and positive reinforcement is designed to build up my self-esteem, which in turn will demonstrate the value of self-worth. So, if it’s all the same to you, let’s go ahead and eighty-six the fortune cookie bumper sticker speak. Please, that’d be great.

You know, not everyone has an ulterior motive? But I am very glad to know you’ve been listening and have learned so much from our sessions. You’re one of my most self-aware patients.

Gonna have to respectfully disagree on that!

That not everyone has an ulterior motive.

Really?! Color me shocked! You know I’m not mathematically inclined.

How can anyone meet or possibly, even supersede your expectations, if you keep them at an Emotional Arm’s Length away ALL the time?

Mmm, I don’t think I am. Give it some thought. I’ll see you next Thursday, Miss Lowe.

Sitting on my spiral staircase, I rehash that session, then my mind shifts.

I wonder what Plath’s last words were? I don’t know.

Tell you something true, something I know from experience and without a shadow of a doubt

Giving up, when things get hard — is a coward’s way out.

That’s all for today. The only piece of wisdom I have to impart. 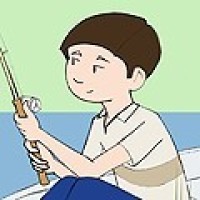 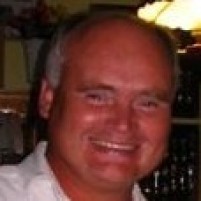 The nerd with a plan. Ish.

Deep into that darkness peering, long I stood there, wondering, fearing, doubting, dreaming dreams no mortal ever dared to dream before. - Edgar Allan Poe

blog.designosaur.us
For the Love of Books

The One to Capture Your Interest

Imagination, is the art that runs the world, in Reality and Dreams.

I dreamed I could fall asleep.

A kaleidoscope of dreams and memories

Nicholas Underneath
At the BookShelf